Common Craps Superstitions – Are they True or Not

Like most casino games, craps have superstitions. It is easy to understand why this game would have misconceptions because when you look at the table alone, it is intimidating. Some craps superstitions are based on facts, and you shouldn’t ignore them. However, some can be silly and should be ignored. In this article, we look at some of the craps superstitions that are well-known. 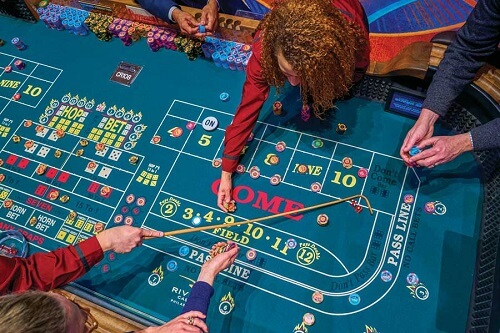 Virgins Being Good or Bad Luck

Virgin, in this regard, refers to players that are playing the game for the first time. So, the misconception is that male virgins are unlucky. When they are shooting the dice, players tend to withdraw from betting as a result. While female virgins have good luck and players would bet more with the hopes of winning based on their luck.

Next Round will Be Unlucky if Dice Leave the Table

Suppose the table gets a new set of dice, many players that the first game will be unlucky. To dispel the unluckiness, some players believe you should shout ‘same dice.’ What’s more, some players will opt to use the same dice that left the table to keep the win flowing and keep away the bad luck.

Some players believe that there needs to be someone who will warm up the table and dice before playing. That is why there are these craps superstitions. Being the first or only player at the table is seen as being bad luck.

The number seven, also known as “it” or “the devil,” is considered an unlucky number only when you say it aloud. So, you are never to mention the number at the table because you will be calling for bad luck.

When you are a shooter, avoid hitting other players’ hands. Aim to hit the centre of the table to avoid the player’s hands. If you hit their hands, it is believed that the next hand will be jinxed. You will find that other players will shout “watch your hands” before the shooter shoots.

Home » Common Craps Superstitions – Are they True or Not