What Numbers Hit the Most in Keno?

The top ten numbers that hit the most are 39.51,34,56,32,60,9,36,53 and 52. Between 2010 and 2022, these ten numbers have been drawn over 2300 times for Daily Keno. It’s a thrilling experience for all players hoping for winning numbers when playing any Keno game offered by Canadian lottery companies, such as OLG’s Daily Keno. Because the Daily Keno draws happen twice a day, at 2 p.m. for the midday draw and 10.30 p.m. for the evening draw, all participants are looking for the twenty winning numbers chosen between 1 and 70. The same may be said for instant Keno and other keno games available in Canada.

Then there’s the disappointment of losing and being unable to locate your fortunate numbers. The next step is to hunt for different Keno tips and methods. Keno is a game of chance, and there are no guarantees on whether you win or lose. You can look at the most frequently winning numbers and use them the next time you play in the hopes of winning something. 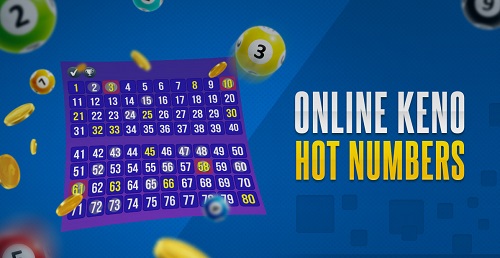 Finding Numbers that Hit the Most in Keno

In Keno, however, deciding which numbers hit the most depends on various factors. Location, superstitions, and frequency are all possibilities. Online Keno is a lottery-style game, and to determine the winning numbers, online keno games use a number generator. Some lotteries have made your life easier by generating tables that show the most often drawn numbers in Keno over the course of days, months or years. This will be predicated on a certain keno game. Finding the keno number that has the most hits will take some time.

Even if every number or area in a game of Keno has the same chance of being chosen, it can be enjoyable to rely on popular keno techniques, even if it doesn’t help us at all. Various software and programs on the Internet use data from keno games in that particular location of specific game to find the most often drawn numbers.

You can see the previous results of that keno game before you place your stake. These numbers will be shown on most casino and lottery websites. After that, you’ll notice which numbers have been drawn the most frequently in the last five or so draws.

Simply going with the most frequent numbers in Keno does not mean you will win every game you play. There are plenty of ways in which you can decide which numbers to place your money on. Below are some of the ways keno players tend to decide which keno number, so bet on.

Hot Numbers – these are the most frequent numbers to be drawn. They are generally based on the last 50 numbers, and there is no assurance that the most often drawn numbers will appear again in the next draw.

Cold numbers – In the recent couple of draws, these numbers haven’t been picked at all or have been picked less frequently. The numbers with the lowest frequency of occurrence have a good probability of being chosen.

Chinese Lucky Numbers – The Chinese are known to place a high value on luck, so they chose to associate specific numbers with mystical meanings. There are various “special” numbers in the Chinese interpretation of Keno.

Keno is a fun casino game that requires very little strategy. The game of chance allows you to bet in numbers that you feel strongly about. Or numbers that have been drawn several times in the last few days. Regardless of how you choose your numbers, there is no way of guarantying that you have picked all the winning numbers. It will be based on luck and what the random number decides. With that, you can play real money keno games at the best casino only right here. We have played at these casinos and can fully vouch for them. Remember to claim the bonuses for an even more thrilling gaming experience.

Do You Have the Skills to Be A Pro Poker Player?

5 of the Weirdest Bets That You Can Make

Home » What Numbers Hit the Most in Keno?