What’s The Biggest Bet Ever Placed? 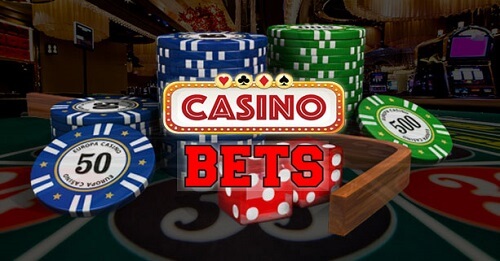 Top 5 Of The Biggest Bet Ever Placed

Below are the top 5 biggest bets that also led to big wins:

In 2015, one Canadian registered with an internet casino using his cell phone. He used his mobile device to play one of the most famous progressive slot games, Mega Moolah. He placed his bet and waited for the reels to stop spinning. When they did, he was taken aback by what he saw. This Canadian player had won, and he had won big! His bankroll increased by C$7.5 million. It was a record-breaking victory at any mobile casino, and it still stands today. His bet size is not disclosed; however, the amount he placed into that slot turned him into a millionaire.

The Australian media mogul is also a high roller and putting enormous sums of money at risk. Packer is a well-known big better who once tried to wager $100 million on a coin flip. We all know who would agree to that. The individual who was up against Packer, Luckily, declined the offer. On the other hand, Packer has placed $2 million wagers on his horse and lost $7 million. What else can we say? You gain some wins and some losses.

While many know him as a famous boxer, Floyd ‘Money’ Mayweather is also one of the individuals to place the biggest bet on sports. His $5.9 million bettings surpassed his highest bets on the Miami Heat to defeat the Indiana Pacers in the NBA in 2013. He’s no newcomer to the bookies since Mayweather’s bet netted him about $600,000. Mayweather is also one of the world’s biggest sports bettors, so  placing  millions of bets on a game makes sense.

The Phantom Gambler’s narrative has travelled far and wide. It consists of not one, not two, but three legendary bets. In 1980, a man strolled into a Las Vegas casino carrying a suitcase containing $770,000 ($2.7 million today). He bet it all, possibly the largest bet ever made at the time, on a roll of the dice at a craps table, won, and departed the casino without a fuss.

William Lee Bergstrom, the guy himself, reappeared in Vegas four years later. He returned to the same Binion’s Casino and gambled $538,000 ($1.3 million now) at the craps table, winning again. A few months later, Bergstrom outdid himself by placing the largest bet ever placed in a casino at the time. He walked inside Binion’s again, casually placing a $1 million bet at the craps table, but this time he lost.

Conor Murphy was just a stable lad with a penchant for horses in 2012. He utilized his trust and faith in the horses he trained to place a $75 accumulator bet against the odds on five of his boss’s horses to win.

With the success of all five horses, Murphy’s knowledge and faith in the animals he trained, combined with a bit of luck, and that $75 turned into $1.5 million.

Trackside betting is one of the oldest kinds of sports betting. Historically, it has not attracted significant wagers due to individual bookies being unable to pay out the brave, lucky winners ready to put their financial lives on the line.

When it comes to making large bets, many other players are willing to place millions on the line to win a few thousand in profits. It is important to remember that those that place large bets are also those with lots of money to spare. The last thing you want is to place all your savings into one bet at a casino online. Remember, gambling is all about chance. You may have the skills, but that doesn’t guarantee a win of any sort.