Gambling comes in many forms. Some games are regulated where you need a license to operate, while others are more informal. Casino games that are hosted at online casinos or in actual land-based casinos are examples of regulated games. Street dice on the other hand refers to dice games that happen outside the control of casinos. These types of games usually take place in social settings among friends or family. But, is street dice illegal?

Technically, yes, street dice and any other form of unregulated real money games between people are considered illegal, and if you are caught engaging in such games you could land in big trouble.

Craps games at a casino are played by making bets between the banker, player and a tie. In street craps, there is no assigned dealer. This is the first difference. A dealer’s role in the game is to monitor the flow of bets. This requires alertness and you must be able to keep track of everything coming in and everything going out. 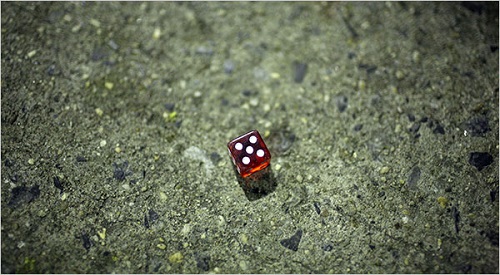 However, in street craps, there is no dealer to monitor the betting process which means that every player is responsible for handling his/her own money.

Street craps are also not played using a table. As you’ve seen before, a craps table is printed with all kinds of bets and instructions about the game. But, street craps doesn’t use a table, just a flat board, which means that the kind of bets that you can make in the game is limited to the simpler betting options that can easily be memorised. These bets are limited to the pass and don’t pass bets only although players can adjust the bets and rules as they please because this isn’t a formal game.

How to Play Street Dice

We don’t condone playing games that aren’t regulated, but if you are interested in knowing how the game goes, we’ve got you covered. Fortunately, informal games are simplified and have very straightforward gameplay.

Playing a friendly street craps game can be good fun between friends, but what are some of the downsides that you should be mindful of?

It all comes down to the fact that the game is unregulated which means that individuals have no protection from unfairness, cheating and anything of that nature. And, these games are technically illegal which means you can’t even rely on law enforcement to back you up should things go sour. In fact, reporting something like this, especially if you were involved, could get you in trouble.