What Is The Easiest Poker To Play?

Texas hold’em is the easiest poker game that you can play online and at land-based casinos. You probably already know how to play poker and are wondering if the poker game that you’ve been playing is the easiest variation. Also, if you’re new to playing poker then this is the perfect place to start. Poker is a fun and interesting casino game with several variations. Finding a poker game that best suits you is one of the best strategies that you can start off with. our experts have been playing poker for years at casinos and know which games are the easiest to play. We share with you the five most popular and easiest poker games that you should be playing. 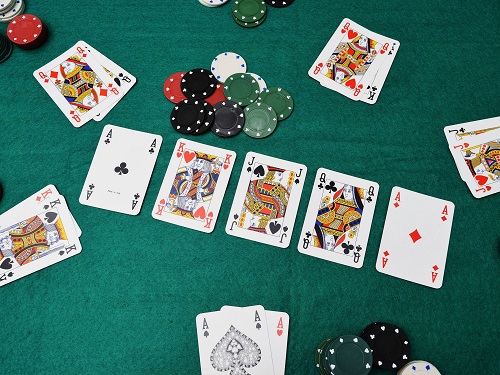 This is one of the most popular poker games that you will find. It is generally one of the games that poker players or experts will suggest you start with. It is also the most dominant game at poker tournaments worldwide such as WPT, WSOP, EPT and many others. Texas Hold’em is played with a standard 52 card deck where players will have to create the best five card hand possible.

You will have to post a small and big blind to start the betting and then the game will be played in levels. The action in Texas Hold’em starts with the preflop then the flop, turn and river. If it is a self-dealt game there will be a round dealer button which moves clockwise. With each hand it marks the player that is the next dealer. Each player will be dealt two cards then there will be five community cards which they can use to create the hand.

After trying your hand at playing Texas Hold’em moving on to Omaha will be a breeze. With Omaha, you will receive four hole cards instead of two. From these four-hole cards, you can only use two as well as any three from the community cards to create the best-ranking poker hand. This game is also played in levels which include the pre flop, flop, turn and river. There are various Omaha poker games that include limit or pot limit formats. The most popular and common variations of Omaha include Omaha 8-or-better, Omaha high and Omaha poker hi-lo.

Razz is a poker game where the worst possible poker hand will win. If you are not that great at creating the best possible poker hand then playing razz could see you make some money. This game is the opposite of traditional poker variations and it will start all once every player has placed an ante. The player that holds the lowest card will start the betting action. In this poker variation straights and flushes don’t count. it is important to remember that the lowest 5 card combination wins. So, a hand of 5, 4, 3, 2 and ace is the best possible hand in Razz.

Before Texas Holdem became a popular poker game, 7 card was the game to play. This variation of poker is played with 2 to 8 players. And unlike the other poker variation, it does not include community cards or the flop action. The game starts off with players receiving two cards face down and the third card face up. In total players will be dealt 7 cards where the three would have been dealt face down and 4 face-up. From these cards, you will have to create the best five-card poker hand.

As the name suggests you will have to create the highest five-card poker hand. This game starts with the small and big blind. Once all the bets have been made all players will be dealt five cards face down. The interesting part of this game is that each player receives all their cards face down therefore you will have no idea what the other players hold. There is only one drawing hand in this game and it is quite easy to follow and understand. With this poker variation as your opponent cards are not visible to you, the only thing that you have to leverage are their betting sizes and the number of cards that they draw to create their hands. 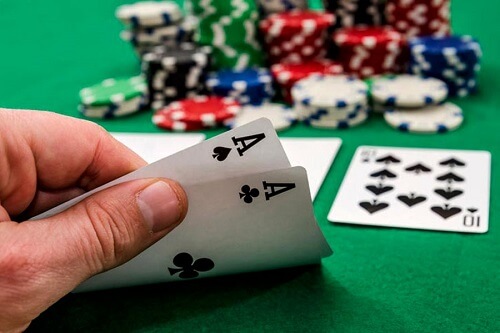 There are two poker formats which are easy to play which include micro-stakes cash game as well as Michael stay fit and go.

This is the best place to start playing poker as they are inexpensive and you’ll be able to play a number of hands without being eliminated. You will find that plenty of online casino sites or poker sites will offer the format of Poker. Not only are these the best low stakes poker games they are also easy on the pockets as the blinds are generally between $0.1 or $0.2. So, an average stake in the game would be $1. If you are unlucky while playing this type of format you wouldn’t be losing a lot of money. The best part is that the blinds don’t increase and you won’t have to worry about your short stake strategy as you’ll be able to reload as many times as you like.

Not all players enjoy cash games which is where the Sit and Go come in. With cash games, there isn’t really a winner as the games just keep running. If you are a competitive player who wants to be the first at the finishing line then Sit and Go’s are a great format for you. The format of poker is played with 6 to 9 players and the last player standing is the one who wins the prize pool.

The playing time of this game is much less than what you’d find at a traditional multi-table tournament. While, these are fast-paced games they are also a great place to learn the fundamentals of playing at bigger poker tournaments. Some of the concepts that you learn from this format of Poker include stealing blinds, short stake playing as well as short-handed play. The format of playing is a great place for competitive players looking for easy poker to play.

In order to make money while playing poker it’s best to start practicing today. We have tried and tested a number of a real money online casinos for Canadian players that offer poker games. The best part is that they offer this exact list of the easiest poker games to play. And that’s not all r most of these casino sites will allow you to play free versions of these games before playing for real money. So, if you aren’t confident in your gameplay, you can always practice on the free games before placing real money bets.

Home » What Is The Easiest Poker To Play?