Much like placing bets, gambling movies can either cash in big or miss the mark. How many times have you found yourself watching a good film but the moment you see a poker table, they get it all wrong?

A film could feature a single scene in a casino, but spread so many false ideas about gambling as a whole. You would think that multi-million-dollar film productions would put some effort in researching how baccarat or poker is played, but no.

So, when you see gambling been done right on screen, it really is something to appreciate. If you are looking for some films that get it right, we have listed some of the most iconic gambling movies all casino lovers should watch. Undoubtedly, we can say we have watched all these films numerous times. Sure, not all of these were up for an Oscar, but they sure catch the essence of being in a casino! 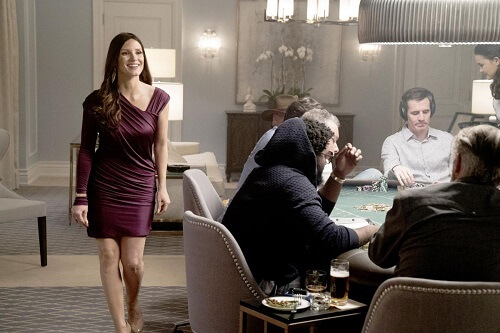 Ever heard of the MIT blackjack team? They are an infamous university team that made millions of dollars from blackjack. 21 is a movie that chronicles their success story. The film is based off of  Ben Mezrich’s non-fiction novel, Bringing Down the House.

The story explores how the team made millions at top casinos using their math skills to count cards. The perfect execution of card counting and impeccable teamwork allowed them to gain a legal edge over the casino. While the director was given creative freedom in some aspects of the movie, the underlying story is true.

Rounders is a poker film that was released in 1998. It stars John Malkovich and Matt Damon. The film is about Mike McDermott, played by Damon, trying to build a bankroll to pay off a debt.

He plays in an underground circuit in New York. He uses his intuition, logic, and math skills to secure a great record of wins. This is until he comes across Teddy KGB (played by Malkovich.) McDermott faces a loss and gets a loan to put himself back in the game.

McDermott and Teddy get into an intriguing battle at the poker table. Not only does McDermott return his loan and restore his bankroll, but he also enters the $10,000 WSOP Main Event. This classic film is often referenced as the reason why many online poker stars started playing the game.

What is a good gambling film list without James Bond? In Casino Royale, Bond is on a mission to take down a financer for terrorist organizations named Le Chiffre. Le Chiffre uses poker games to get more funds to support his terrorist dealings. Bond goes undercover to infiltrate Chiffre’s biggest poker game and put a stop to their plans.

Casino Royale is not only a must-watch poker action film, but it was also Daniel Craigs debut as 007. He delivers an intense, caustic, and eerie reinvention of the special agent.

Croupier is 1998 film is based on an aspiring writer who becomes a casino croupier to support his dream. While managing the casino table, he battles an urge to fall into the dark world of gambling. Failing to make ends meet, Jake Manfred, played by Clive Owen, eventually gives in to his desires and ends up in a situation he didn’t expect.

The film looks at another side of gambling where a croupier like Jake Manfred makes underhand gambling dealings. This, of course, means a rollercoaster of affluence, trouble, a limited time of joy, and much more.

Molly’s Game is a fact-paced movie that was released in 2017 and is based on the memoirs of Molly Bloom’s exclusive underground poker club. The high rollers club is run by Molly who shifted into poker as a career after a terrible skiing accident.

Jessica Chastain plays the character of Molly and seamlessly takes us through the male-dominated gambling business with Idris Elba, Joe Keery, and Chris O’Dowd making appearances.

We watch Molly organize and host high-stakes poker games. Some characters battle with addictions, and others walking away with more money than you can imagine. It makes us wonder with famous faces we could have found at the poker tables if Molly was still hosting games.

While you won’t be cast in a millionaire dollar gambling movies or get an Oscar for the best performance at a blackjack table, you can still play and win real money. Now, who wouldn’t like that?

Luckily for you, we have various casino game guides and a list of the top CA online casinos that you can play at.

We have reviewed each of these casinos, and while we can’t give them an Academy Award for the best poker face, we can promise you they are safe to play at. Make sure to claim the exclusive bonuses that the casino sites offer Canadian players who sign up throughout our website!

What to Do If Your Online Casino Account is Blocked

Do You Have the Skills to Be A Pro Poker Player?

5 of the Weirdest Bets That You Can Make